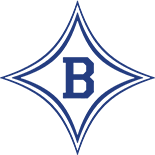 Effective governance is an imperative foundation for a healthy independent school. A 15-member Board of Directors (Trustees) has the fiduciary responsibility for the school and sets the policy for the operation of the school. The Head of School is the Chief Operating Officer and carries out the policies of the Board. Listed below are Brentwood's Board of Directors and a brief biography.

Mr. Sheppard is President of Howard Sheppard, Inc., Chairman of the Board of Citizens Bank of Washington County, and a member and past Chairman of the Georgia Department of Community Affairs Board. He and his wife, Dianne, and two sons, Trey and Mitch, are members of the First Baptist Church in Sandersville.

Mr. Ken Bibb, Vice Chair
Mr. Bibb received his Bachelor's degree from the University of Tennessee and has been a member of the Brentwood Board of Directors since the 1998 - 1999 school year. He has been Vice Chairman of the Board since the 1999- 2000 school year.

Mr. Bibb is President of the George D. Warthen Bank. He is a past President and member of the Sandersville Rotary Club. He also serves on the Oconee Fall Line Technical College Board.

He and his wife Deana have three daughters: Callie, Kessler, and McFerrin. They are active members of the Sandersville United Methodist Church.

Mrs. Donna Smith, Treasurer
Mrs. Smith graduated from Brentwood School (Class of 1991) and obtained both Bachelor's and Master's degrees from Georgia College and State University. She has been a member of the Board since 2015.

Mrs. Strickland taught at Brentwood from 1992-2006. At that time, Mrs. Strickland went to work at Oconee Fall Line Technical College, and she is the currently the Vice President of Academic Affairs at the college. Mrs. Strickland is married to Lee Strickland, a 1984 graduate of Brentwood. They have two children, Sarah Elizabeth (Class of 2013) and Benjamin (Class of 2016). They are members of the First Baptist Church of Sandersville. Mrs. Strickland serves as Church Clerk and is a Sunday School teacher.

He and his wife, Kelly, and their two daughters, Ellie and Kate, are members of the Sandersville United Methodist Church.

He and his wife, Anne, are members of the First Christian Church of Sandersville.

Mrs. Conni Fennell Burley
Mrs. Burley is a graduate of Brentwood School (Class of '84). She received her bachelor's degree from the University of Georgia.

Mrs. Burley served in marketing and public relations positions in South Carolina, Ohio, and Tennessee before returning home to Georgia. She is employed with the University of Georgia's Archway Partnership as the Archway Professional for Washington County.

Mrs. Burley is a member of Sandersville First Baptist Church where she and her family are members. Mrs. Burley and her husband, Blaine, have three children: Blaize (Class of 2014) is a recent UGA graduate, Brandt (Class of 2017) is a student at UGA, and Brock is a Brentwood senior.

Mr. Kevin Cobb
Mr. Cobb is a 1979 graduate of Brentwood School. He received his Bachelor's Degree from the University of Georgia in Agricultural Economics. He is the Vice President of Ag Lending at Queensborough National Bank and Trust Co. Mr. Cobb is the past chairman of the Farm Service Agency county committee and the past president of the Twin City Country Club. He and his family are members of Friendship Baptist Church where he serves as a deacon and Sunday School teacher.

Mr.Cobb and his wife, Allison (Brentwood Class of 1984), have four children: Trevor, Tucker and Morgan, who are Brentwood graduates; and Jordan Grace, who is a current Brentwood student.

Mr. Lee Lord
Mr. Lord, a life-long resident of Sandersville, served in the Georgia Army National Guard from 1970 through 1976. He has worked in state and local government since 1972. He served as County Administrator for the Washington County Board of Commissioners from 1983 through 2010.

He and his family are members of the Sandersville United Methodist Church, where he served as Sunday School Secretary and as a member of the Finance Committee. He has previously served on the Administrative Board.

Mr. Bill McClarin
Mr. McClarin grew up in Waycross, Georgia and obtained both his Bachelor's and Master's degrees in Chemistry from the University of Georgia. He moved to Sandersville in 1995 to work in R&D at Thiele Kaolin Company. He is currently the Quality Assurance Manager for the Sandersville division. He also serves as a member of the Rosa M. Tarbutton Memorial Library Board of Directors.

Mr. McClarin is married to Nicole (1994 Brentwood graduate), and they have two sons: Maddux, a rising Senior and Harris, a rising Freshman. They are members of St. Williams Catholic Church in Sandersville.

Mr. Trey Sheppard
Mr. Sheppard graduated from Brentwood School in 1995 and from Georgia Southern University in 1999 with a Bachelor's degree in Business/Finance. Mr. Sheppard is Vice President of Howard Sheppard, Inc. He serves as the Vice Chairman of the Citizens Bank of the South and is Past Chairman and current board member of the Georgia Southern University Athletic Foundation. On the state level he serves on the Technical College System of Georgia State Board representing the 10th Congressional District and is a board member of the Georgia Motor Trucking Association. He is active in his local community serving on the Washington County Development Authority and is a member of the Sandersville Rotary Club.

Trey and his wife, Emily, have four children, Ford, Anne Marie, Emerson, and Jones and are active in the First Christian Church of Sandersville.

Mr. Ben J. Tarbutton, III
Mr. Tarbutton graduated with a Bachelor's degree in Management from the Georgia Institute of Technology. Mr. Tarbutton is President of the Sandersville Railroad Company. Mr. Tarbutton is active in his community and at the state level. Presently, he serves as a member of the University System of Georgia Board of Regents, as a Board of Director of the Georgia Chamber of Commerce, the American Shortline and Regional Railroad Association, the Georgia Railroad Association, and as the Vice Chairman of the Washington County Industrial Development Authority. He is past Chairman of the University System of Georgia Board of Regents, Leadership Georgia, Washington County Chamber of Commerce, the Georgia Higher Education Facilities Authority and past President of the Georgia Railroad Association and the Sandersville Rotary.

He resides in Sandersville with his wife, Betsy, and three children, Ben IV, AnnaBeth, and Henry, where they are active members of Sandersville United Methodist Church.

Mr. Benjie Tarbutton
Mr. Tarbutton is a native of Sandersville and an alumnus of Brentwood School. Mr. Tarbutton holds a B.A. from Vanderbilt University and a JD/MBA from the University of Georgia. Currently, Mr. Tarbutton serves as Vice President of Investor Relations for The Forestland Group, a timberland investment manager based in Chapel Hill, North Carolina. Prior to moving back to Sandersville, Benjie practiced law with Eversheds Sutherland in Atlanta, Georgia.

Mr. Brian Wright
Mr. Wright is a graduate of Brentwood School (class of 1991) and received his Bachelor's Degree from The Georgia Institute of Technology.

Brian is a partner of Wright and Wright, P.C., a past Rotary Club President, and a past Brentwood Alumni Council President. He and his wife, Jennifer, and their three children, Mary James, Will, and Carrie, are members of the Sandersville United Methodist Church.

Mr. Frank Young, Jr.
Mr. Young is a native of Sandersville, GA and a 1974 Honor Graduate of Brentwood School. Young holds a bachelor's degree in Science and Health Education from Georgia College and State University. He was a science teacher and coach for 15 years, with the final six (1986 -1992) as Athletic Director, teacher, and coach at Brentwood School. He left the education profession in 1992 and has been in the trucking business since that time. After six years of serving in various sales and operational capacities, Young was named President of B-H Transfer Co in January 2000 and still serves in that capacity.